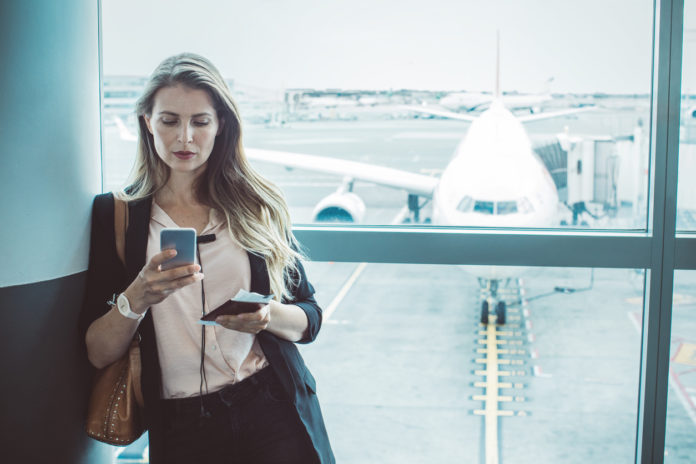 How to Save Money on Plane Tickets by Purchasing in Advance

We hope you love the products we recommend! Just so you know, OnlineMom may collect a share of sales or other compensation from the links on this page.

The airplane has shrunk the world. It is now possible for you to visit almost any locale, no matter how remote or exotic it may be. Not only that, but it is possible to afford flights, even if you have to save for time. So, if you’ve got a big trip you’ve been planning for a while, why not shave off some of the cost? Here’s how to save money on plane tickets by purchasing in advance.

A Simple Trick to Save Money on Plane Tickets

Lots of people think there is a secret to finding affordable flights. For example, people think they need to go to some secret website that no one else knows about during a particular time to get steep discounts on travel. As long as you keep the secret, that is. While it is true that comparison shopping can save you a lot of money, it also wastes a lot of time finding the best deal. This is why it matters less where you start looking, yet more when you start looking.

When should you start looking? Well, according to Ask Men, you should start shopping for plane tickets about a month to two months before your departure date. The early bird gets the worm, as the saying goes. So, those who reserve their seats early pay significantly less than people who wait to purchase their plane tickets.

For the general public, it is hard to know when the best prices for a plane ticket become available. Most airlines like to play a shell game with that information. While the numbers aren’t set in stone, researchers like Volodymyr Bilotkach, conclude the best prices are available about two months before a flight.

From that point onward the prices climb until roughly three days left before the departure. At that point, if there are still open seats left on a flight, the prices drop dramatically to fill leftover seats for maximum profits. That is something of a crap-shoot, though. If you manage to land a discount last-minute flight, it is like winning the lottery.

It can happen but don’t bet on it happening when you need it most. And if you happen to be on a tight schedule, you need to make sure you’re leaving when you said you were going to leave. And also, you should return when you told everyone you would be back.

Certain Departure Times Can Save You Money

In addition to booking your tickets several months in advance, you should know when you’re going to depart. If you’re willing to head out at times others aren’t as interested in, you will pay a much smaller price. And there will probably be more seats available on the flight. And that gives you greater flexibility in where you want to sit, as well.

For example, one way to save money on airline tickets is to fly out mid-week rather than on the weekend. Researchers found that tickets for departures on Tuesdays and Wednesdays were less expensive because those are days are inconvenient for most people. There was no word on whether Red Eye flights were more affordable than afternoon or evening departures. However, it is worth keeping in mind that when you give up convenience, you often get a bargain on your ticket.