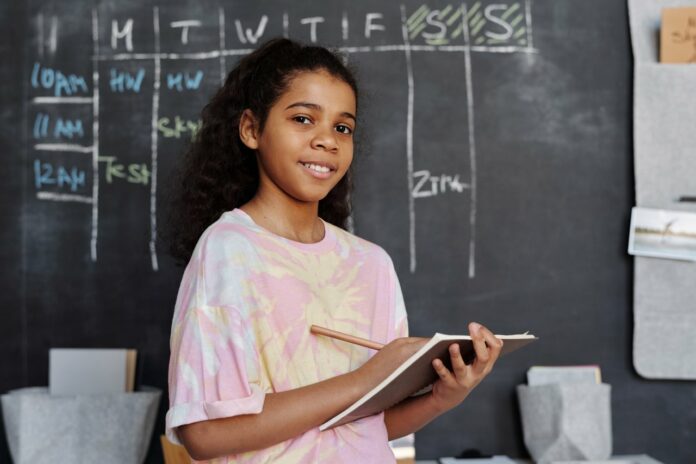 In today’s world, raising a daughter can seem daunting. You want them to be strong and confident, but news stories and media portrayals can take its toll. So how do you combat all the negativity that your daughters face every day? Read on for five tips on How to Raise a Strong Confident Daughter.

Every parent wants what’s best for their children, but sometimes fear keeps us holding onto them a little too tightly. Letting your child make their own choices allows them to practice decision-making skills. Now, this doesn’t mean handing over complete control to you daughter, but giving her a say on everyday decisions can prepare her for the future when she has to make important decisions on her own. Let her dress herself for school, even if that means she wants to wear a skirt in December. Chances are, she’ll figure out pretty quickly why people don’t have bare legs in winter, and she’ll make a more appropriate decision next time. You can also let her have a say on what chores she wants to do at home. By taking a step back and allowing her to fly or fail based on her own choices will give her a sense of confidence and capability.

2. Be the Role Model She Needs

Powerful women are everywhere: sports, science, and the media. And while people like Simone Biles and Malala Yousifazi are great role models for our daughters, the best role model is YOU. From an early age, your daughter watches everything you do. Children pick up on body language, so they’ll pick up on the way you act and speak. Doubting your abilities, bashing your appearance, or lacking confidence can cause your daughter to feel negative about herself. When talking about food, emphasize healthy choices and moderation as opposed to dieting. Avoid saying things like “I can’t” or complaining about how you look in a bathing suit. If you model confidence, your daughter won’t have to look far to find a strong female role model; she’ll have you.

Whether it’s ballet or baseball, your daughter can learn confidence from pursuing something she’s passionate about. Allow your daughter to make her own choices when it comes to her extracurriculars and give her the freedom to try different activities. Team sports can help teach teamwork, resilience, and can build physical strength, but other activities, such as dance, music, and theater can help foster creativity. But none of that matters if there isn’t passion behind it. When people are doing something they are passionate about, they work harder to achieve their goals. Praise your daughter not only on her accomplishments but also on the characteristics that lie behind the achievements. Focus on how hard she worked, how she fought against challenges, rather than how many ribbons she won.

4. Cut Down on Screen Time

Media can be very damaging to a young girl’s sense of self-esteem and self-worth. There are thousands of examples of women being objectified and portrayed as weak, dumb, or inferior in today’s movies and TV shows. Think about what messages you want your daughter to consume, and screen TV shows and movies based on those messages. You won’t be able to shield her completely from negative portrayals of women, but limiting her exposure can in turn limit the harmful effects of media, such as body shaming and bullying.

5. Above All Else, Believe in Her

As a mother, you should be your daughter’s biggest cheerleader. Being a girl is hard, and as we grow, we face many successes and failures. Unconditional love is important in your daughter’s feelings of self-worth and success in her actions. If she knows she has a healthy support system at home, she won’t be afraid to take chances that may push her out of her comfort zone. Saying, “I believe in you,” may seem simple to us, but those words can have a huge impact on how your daughter sees herself.

Raising an empowered daughter may seem daunting, but by creating a strong support system based on unconditional love will give her the confidence to fly or fall on her own. Take a step back and let her make her own choices and follow her dreams. Love, support, and trust will create a woman who can take on anything.

If you enjoyed reading How to Raise a Strong Confident Daughter, don’t miss these ways to teach your kids gratitude.