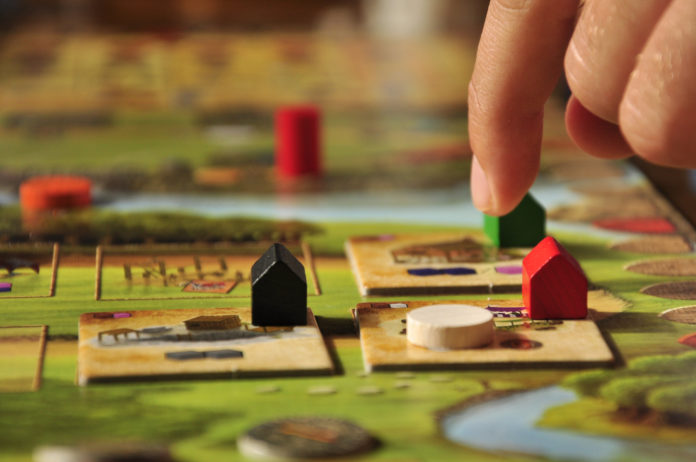 10 Board Games That Will Revive Family Game Night

We hope you love the products we recommend! Just so you know, OnlineMom may collect a share of sales or other compensation from the links on this page.

If you haven’t been paying attention the last few years, you might not realize how board gaming has become a mainstream hobby and a booming industry. There are thousands to board games to choose from on Amazon.com, so you don’t have to sit through another agonizing game of Monopoly during family game night.  There many quality games waiting to provide your family with hours of fun. Bonus: the following games are fun even, and sometimes especially if there are no little ones around.

This adorable game is fun of cat puns such as “Colonel Meow,” and it doesn’t require a lot of reading. Players take turns picking cards to pick from a grid. These cards include cats and the food necessary to feed them, along with toys, furniture, and costumes that will earn them points, but will it be enough to win? Although competitive, Cat Lady is cute and relaxing.

Ticket to Ride has become a gaming staple since its 2004 release, and you’ll see why as you attempt to earn the most points by completing tracks. Of course, your opponents might make that difficult to do. Ticket to Ride and Ticket to Ride Europe are popular base games. You can purchase map packs and expansions for variety, and First Journey is the perfect introduction for the younger gamer.

Another cat-themed game? Absolutely. Players attempt to win by being the last player standing and besting all those tricky cats who are set on blowing themselves up. Like Cat Lady, the art is cute, and puns abound, but gameplay is a bit more ruthless because “Nope” cards allow you to directly interfere with other players. This is a hot new game for family game night.

Introduce the family to set collecting with this food-based game. As you pass cards around the table, you’ll have a chance to take cards in hopes of collecting the most points at the end of the round. The party version lets you customize the deck you play with for more variety and play with up to eight players.

Hanabi means “fireworks” in Japanese, and this gorgeous game differs from others on our list in two key ways. First, it’s a cooperative game where you work together to reach a goal, and secondly, you hold your cards so that only the other people. Players give each other hints based on color and number to build stacks up to five. How far can you get?

If you only have five minutes, you have enough time to play this fast-paced game. Everyone picks a Marvel character (the game includes lesser-known characters such as Ms. Marvel and Squirrel girl) and their deck, which includes a few unique abilities, to play as. Together, you attempt to defeat villains such as Loki or Thanos and their mobsters by playing the necessary resource cards before time runs out. This is a great one for family game night especially if you have marvel fans in the house.

Think of this game as battle Yahtzee. Players take on fantastic monster personas and roll dice to attack each other, heal, and gain victory points. You can win by achieving 20 victory points before the other or by being the last monster left standing.

Who doesn’t love pandas? In Takenoko, the goal is to earn the most points by laying tiles on which you can grow bamboo, tending those plots with a gardener, and moving a panda to the bamboo to eat it. It’s fun for all ages, and an expansion introduces a lady panda and her babies!

The physical activity of picking colored marbles from a tray is reminiscent of pop-three bubble video games. But in this board game, you’ll those marbles are ingredients you’ll need to create potions. This light game relies on color matching rather than reading, making it an excellent option for the little ones.

The original Codenames has become a popular game for groups, and the game replaces words with images of various items. Split into two teams and try to give hints about a specific picture to get your teammates to guess but not your opponents!

We hope you at least one of these games help you revive your family game night!