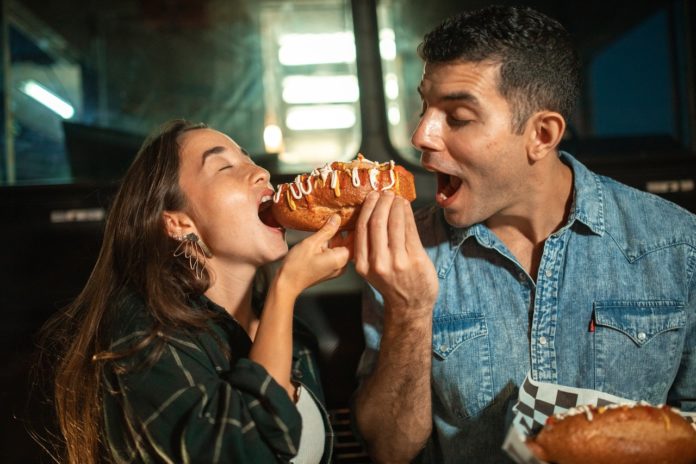 What is a Foodie and What Does it Actually Mean?

Foodie is a term that gets a bit of a bad rap. That’s actually an understatement. It seems like the term is likely to produce a visceral reaction. So, what exactly is a foodie? It really depends on who you ask. Here’s a look at what the term actually means, where it derives from, and what it’s turned into.

What Is a Foodie?

The term foodie is official, it is in the dictionary. According to the Cambridge Dictionary, foodie is a noun and refers to “a person who loves food and is very interested in different types of food”. Comparatively, Merriam-Webster largely defines a foodie as a person interested in popular food fads. Again, it really depends on who you ask. But, where did the term come from?

The Roots of Foodie

Foodie is a relatively new term, being first used in the early 1980s. It was originally coined by a writer in New York City, Gael Greene, but it became popularized by Ann Barr and Paul Levy, who wrote The Official Foodie Handbook. This piece was of the opinion that a foodie eats for pleasure, not sustenance. This person is not snobby, not a professional, and not concerned with anything being gourmet. They don’t even necessarily have a large appetite. They eat for their soul.

The authors of this article knew the handbook would strike a nerve, as it spoke to a shared interest in food that hadn’t been previously written about. They knew it would help people feel heard. Then, once the term was recognized and put into existence, it became hard to unsee. With this description and basic definition, what happened to the term to cause all the controversy?

Foodie, when created, was a term used sparingly. It wasn’t necessarily a good or a bad thing, it was just a description’. However, as the term became more and more popular, it fell into the inevitable trap of being commercialized and completely overused.  It’s used in commercials, magazines, email threads, television shows, books, pretty much everywhere. With overuse, terms become entirely unambiguous and, sometimes, annoying.

Once something becomes commercially popular, it also becomes popular to hate it. Additionally, the term has gained meaning in political conversations as well as class division due to the reality of the profession being predominately working-class, with expensive dining being sometimes reserved for the rich. Long story short, it gets complicated!

Where It is Today?

So, what is a foodie today? It really depends on who you ask, and what day you happen to ask. Accounts on Instagram celebrate the term, with influencers making their income documenting meals at popular restaurants and using the term with pride and absolutely no restraint. Chefs, however, often don’t care for the term. They think it has become a way for people who don’t know much about the culinary world to pretend they know everything. It empowers a person to complain about and critic something without necessarily having any merit.

What seems to be the common thread here is, if you actually know a lot about the culinary world,  chances are you don’t describe yourself as a foodie. But, if you do, we’re not judging. After all, the term and movement have helped the food industry grow exponentially. All the restaurants you know and love, with unique recipes and incredible flavors, might just have the term to thank. At least in part.