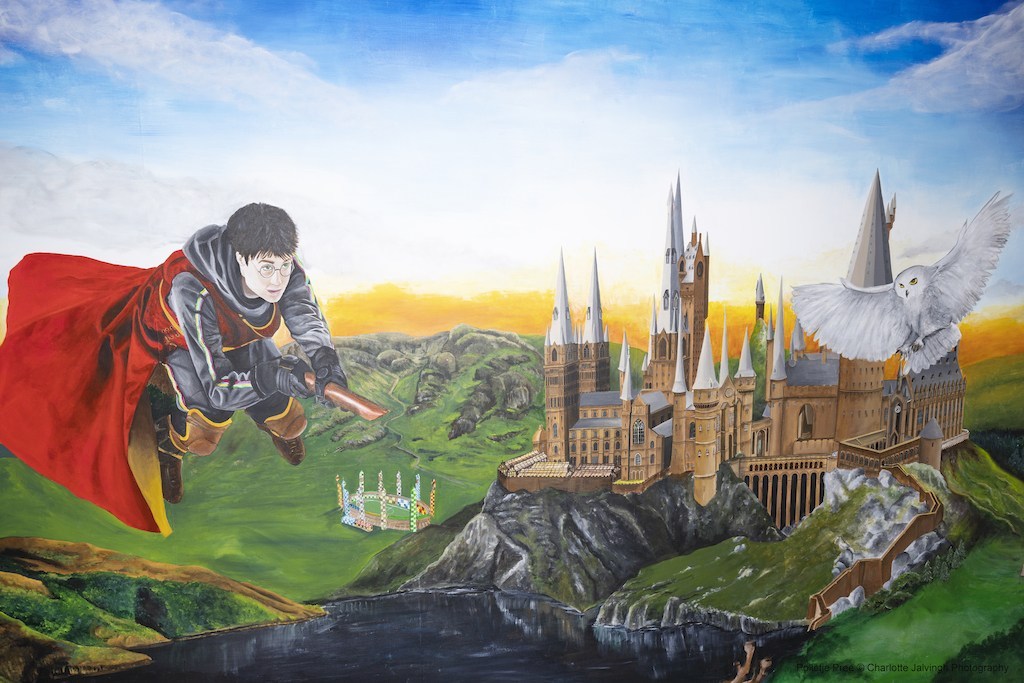 Who doesn’t want a Harry Potter themed bedroom? This creative mom took her time to turn her daughter’s bedroom into a Harry Potter Universal Studios replica all on her own! We are living for it!

Remember the Texas husband who transformed his entire house into Diagon Alley just to make his wife smile? Or the high school English teacher who turned her classroom into Hogwarts, to the delight of her students? Well, they’re not the only ones proving that the magic of Harry Potter extends far beyond the movies and books.

“My daughter loved the books and so do I,” Spronk told Best Life. “We brainstormed a little about what her new room should look like and came up with Hogwarts.” 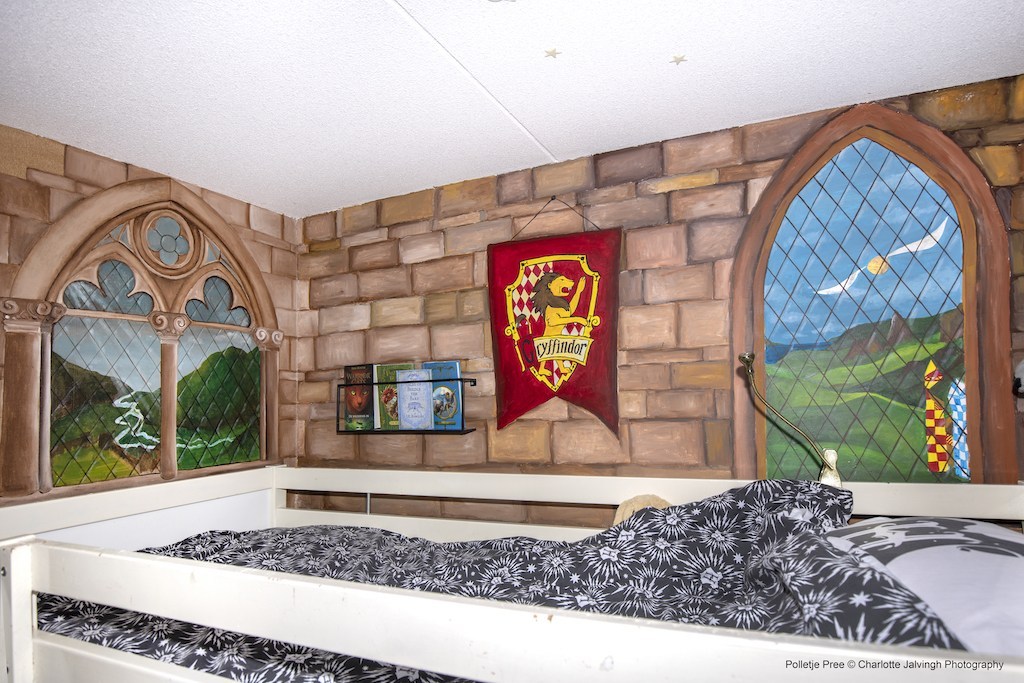 It all began with just one bare wall, on which Spronk painted a mural of the iconic school back in December 2016.

“Then I thought, ‘Hey, I’ll just try to paint Harry on his broom here, and a Whomping Willow, and Hagrid’s hut’… That’s when it started to get out of hand, and slowly but surely, every single wall filled up,” she said.

Soon, Spronk was handcrafting props—like the broom she and her own mom made from a pool cue and willow branches—and scouring budget-friendly sites and stores for 3D accoutrements.

For example, she found the owl cage at a home decoration store and the Ariana Dumbledore photo on a fan website. Decorating the room also became a great bonding activity for Spronk and her daughter, Willow, who helped her do some of the painting. I could only imagine how magical the whole process was.